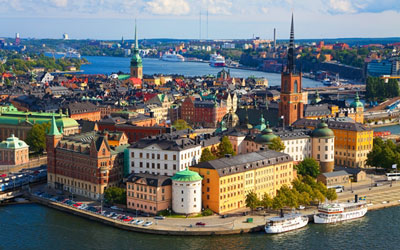 Norway is a Scandinavian country encompassing mountains, glaciers and deep coastal fjords. Oslo, the capital, is a city of green spaces and museums. Preserved 9th-century Viking ships are displayed at Oslo’s Viking Ship Museum. Bergen, with colorful wooden houses, is the starting point for cruises to the dramatic Sognefjord. Norway is also known for fishing, hiking and skiing, notably at Lillehammer’s Olympic resort.

Major Religion:  Lutheran
Official Language: Norwegian
Major Language:  Norwegian
Currency:  Norwegian krone (NOK)
Local Time: CET (UTC+1)
Telephone Code: +47
GDP: Total $443 billion
Bank: Norges Bank
Exchange Rate with BD Currency: 10.44BDT
Why Study in Norway
Norway’s dramatic fjords may top your bucket list, but these natural wonders are far from the only reason to consider Norway for your international education. Here are five top reasons why Norway makes the grade as a top study destination.
1. An Unbeatable Standard of Living: If living well is your end game, then look no further than Norway. The UN consistently ranks Norway -- eight times in a row and counting! -- at the top of its annual list of best countries across factors including global wealth, education and health and safety. Throw in the troll dolls, and why wouldn’t you want to study here?
2. Foodie Fun: Norway’s has a thriving fishing industry….along with the fish to show for it, including world-famous pickled herring, mackerel and salmon. But the country’s celebrated cuisine encompasses far more than fish: from waffles with sour cream and jam filling to an abundance of adorable cafes, you won’t go hungry here. Luckily, you'll also have access to plenty of exercise thanks to....
3. Winter Fun: Skiing has been Norway’s national pastime dating back to 5100 B.C., and long snowy winters continue to make it an amazing place for skiers and snowboarders. But summer has plenty of offerings too thanks to 24 hours of sunlight...along with the festivals and celebrations that go along with it.
4. Embracing Innovation: While Norway is often acknowledged for its rich past, it has an equally bright future thanks to a national mindset which prioritizes knowledge, technology and innovation.
5. A Native Tongue: While Norwegian is Norway’s primary language, English is a predominant as the country’s second language. Norwegians began studying Norwegian in primary school, so by the time they hit university age, they’re well-versed. While speaking the local language is always a plus, it’s entirely possible to live in Norway without knowing a word of Norwegian.
Education System:
INSTITUTION TYPES & CREDENTIALS
Types of higher education institutions:

Cost of Education & Living:
Semester student union fee that has to be paid in full, which is around 32 – 64 EUR.
To give you an idea of the living expenses for a student in Norway, we have put together a modest budget for one semester (all numbers are approximate):

Job Prospects:
The services sector forms a large part of the Norwegian economy and major industries include:

PR Prospects:
After three years of residency in Norway, it is possible to apply for permanant residency permit. There are some requirements:

- Your temporarily residence permit needs to have been a skilled worker or family member of one.
- You need to have completed language courses at minimum level A2 or level 2 at the university, Bergenstest or similar
- You need to have a valid residency permit when you apply
- Your stay in Norway has been continuous