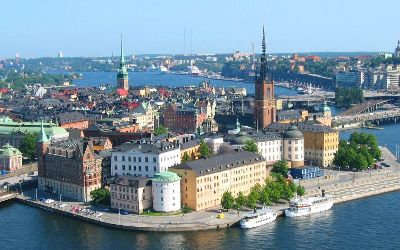 Sweden is a Scandinavian nation with thousands of coastal islands and inland lakes, along with vast boreal forests and glaciated mountains. Its principal cities, eastern capital Stockholm and southwestern Gothenburg and Malmö, are all coastal. Stockholm is built on 14 islands. It has more than 50 bridges, as well as the medieval old town, Gamla Stan, royal palaces and museums such as open-air Skansen.

In Sweden, förskola (pre-school) is provided by municipalities for children ages one to five. The amount of municipal subsidy for pre-school depends on the child’s age and whether the parents work, study, are unemployed or on parental leave for other children.
Swedish pre-school emphasises the importance of play in a child’s development, with a curriculum aiming to ensure children’s individual needs and interests. Gender-aware education is increasingly common, striving to provide children with the same opportunities in life regardless of gender.

A year before the first year

All children are guaranteed a place in a one-year förskoleklass (‘pre-school year’) starting in the fall term of the year they turn six until they start compulsory schooling.
This year is designed to stimulate each child’s development and learning, and provide a platform for their future schooling. Although förskoleklass is non-compulsory, almost all children in Sweden attend it.

Gymnasium (upper secondary school or high school, years 10–12) is optional. There are 18 regular national programmes of 3 years to choose from, 6 of which are preparatory for higher education such as university, and 12 of which are vocational.